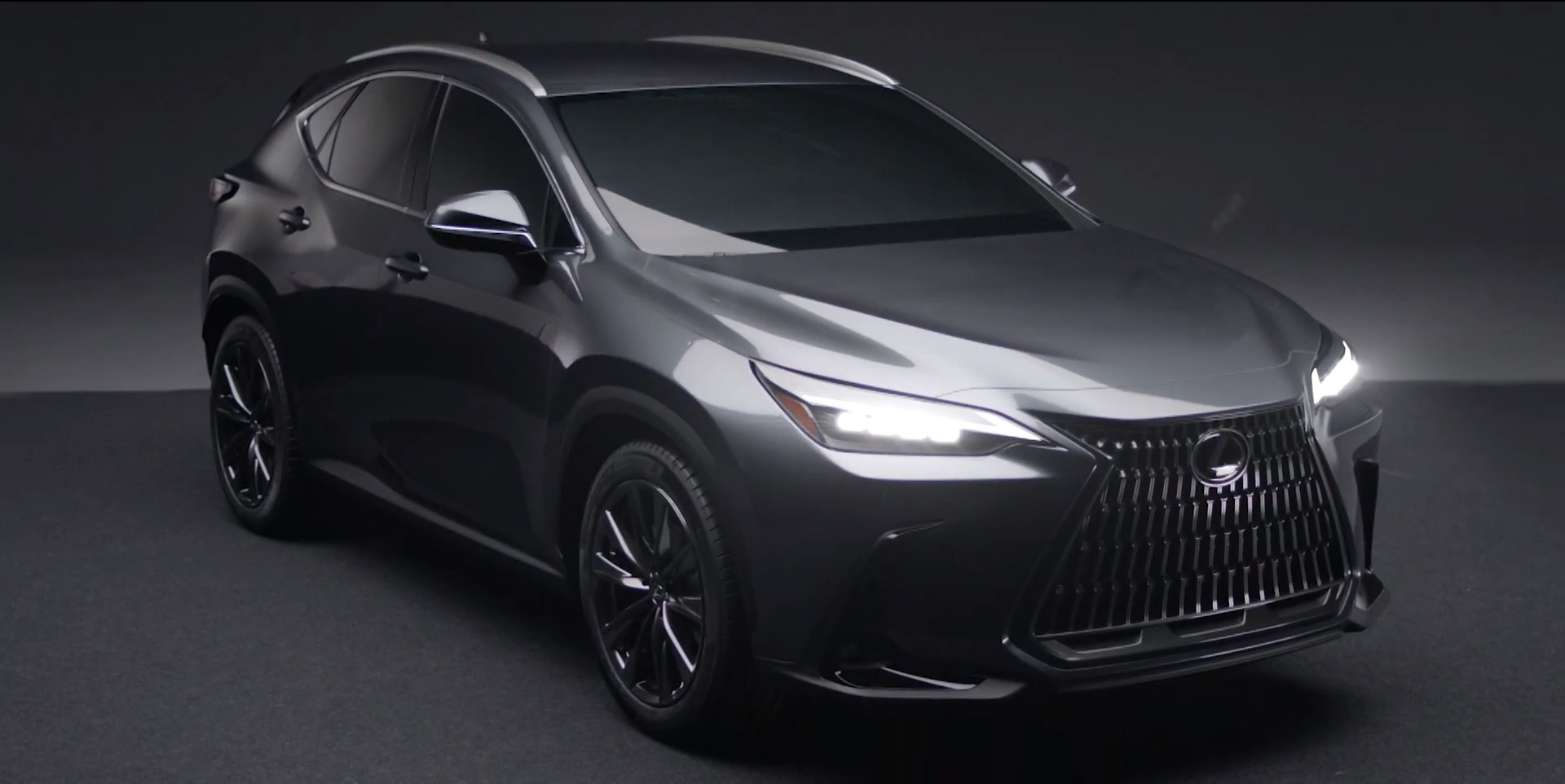 The all-new 2022 Lexus NX has been revealed, with new style, added features and enhanced engine options. The styling cues if the new Lexus NX is inspired from the LF-Z EV concept which was showcased earlier this year.

The new SUV gets a modern and sleek look with the Lexus’ new Spindle grille placed at the center up-front along with the new single piece headlights. In addition to this, the new SUV also features C-shaped air intakes with integrated fog lights, LED taillights and Lexus lettering on the tailgate that replaces the old Lexus’ “L” badge.

As for the exteriors, the interiors has also been updated. The new SUV gets a 9-inch touchscreen infotainment system featuring the Lexus’ latest software, a 360-degree camera, wireless mobile charging , fully digital instrument cluster, electronic front seats, auto headlamps and wipers and much more.

On the safety front, the new Lexus NX is well equipped with features like ABS with EBD, front and rear parking sensors, traction and stability control and more. It also gets a blind sport monitoring system that works in conjunction with the new Lexus E-Latch, which prevents the door from being opened if there are oncoming vehicles or cyclists.

In terms of powertrain, the new Lexus NX gets a 2.4-litre, 4-cylinder, turbo-petrol engine producing 279bhp and 430Nm of torque and a 2.5-litre, 4-cylinder, naturally aspirated petrol engine generating 205bhp against a peak torque of 250Nm. In addition to this, the NX 350h gets a plug-in hybrid (PHEV) version of the same engine generating 242bhp. Also, only a few selected models will offer a new, electronically controlled all-wheel-drive system.

As of now there is no confirmation yet from the Japanese luxury car manufacturer to launch the all-new SUV sometime soon but it could reach our shores in near future. Whenever the new NX will launch in India, the price of the same is expected to be slightly higher than the current version’s starting price from INR 54.90 (Ex-showroom) price.

Volkswagen Tiguan facelift to be launched on December 7

Volkswagen India revealed the facelift version of its SUV, Tiguan back in July last year and now again the automaker is prepping to launch the new facelifted avatar of the Tiguan on December 7, 2021 in the Indian market...

The new Mercedes-AMG A45 S has been launched in the Indian market at a price of INR 79.50 lakh (Ex-showroom). The model will arrive on the shores via CBU route and is the world’s most powerful 2.0-litre...

New Mercedes-AMG A45 S teased ahead of its launch

The German car manufacturer, Mercedes-Benz is prepping for the launch of its all-new A45 S AMG in the Indian market further this week and now the car manufacturer has teased the upcoming model via its social media...