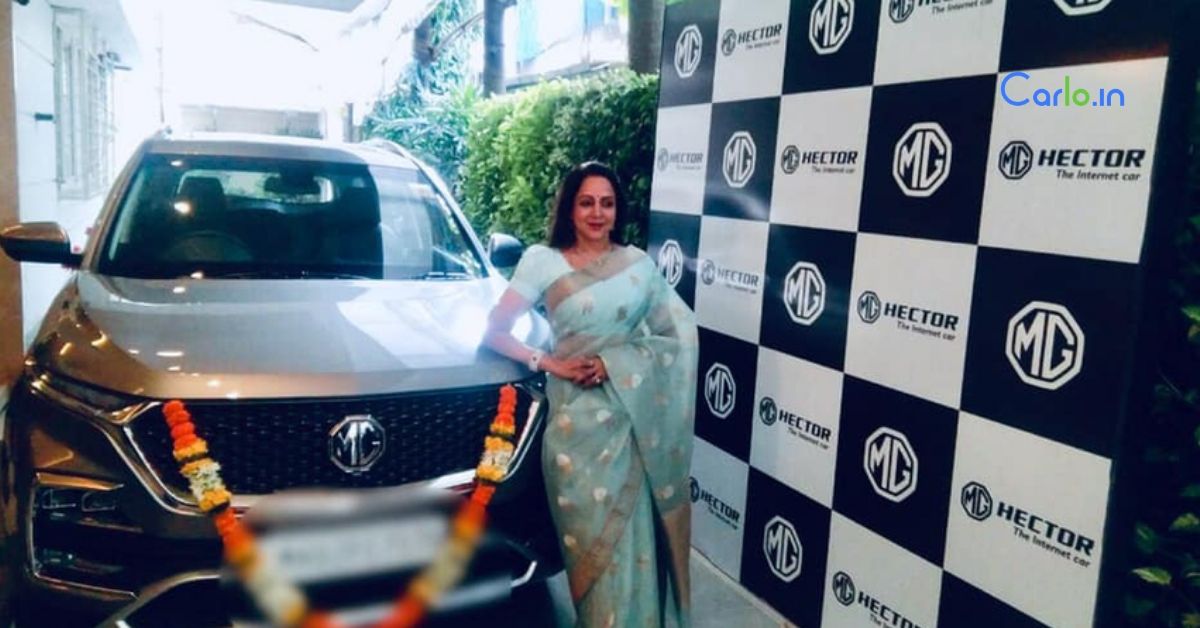 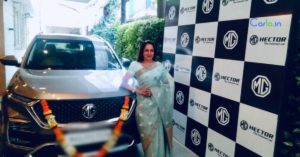 As the Morris Garages India received an overwhelming response from the buyers, Bollywood veteran actress and Politician Hema Malini took delivery of her new MG Hector in Mumbai.

MG India has revealed plans to increase production to 3,500 units a month. At the time of launch, Hector production was set at 1,500 units a month. The carmaker also announced that it has recorded retail sales of 2,608 units of the MG Hector, the country’s first internet car, in September 2019.

MG Motor India has re-opened its bookings on Sep 29th backed by its plans to ramp up production. With increased supplies from its global and local component suppliers, the company is starting second shift operations from November and would be adding approximately 500 people to its direct payroll to support the second shift operations.

Customers can book the MG Hector at Rs 50,000 on the carmaker’s website or at its 120+ centers across the country.

During the latest booking period, any new Hector booking will reflect the marginal price increase of approximately 2.5% (depending on the variant). However, the price at the time of delivery will prevail. As a special, first-of-its-kind gesture, customers who had booked MG Hector in the first phase will be protected from the price increase. (Buy new MG Hector)

Commenting on the re-opening of bookings, Gaurav Gupta, Chief Commercial Officer – MG Motor India, said, “We are extremely overwhelmed with the response that MG Hector has received. As part of our commitment to customer satisfaction, we plan to retain the very special introductory prices for our first customers who have expressed full confidence in the MG brand during its launch. We are also working towards accelerating our production ramp-up to serve our new bookings at the earliest.”

Launched on June 27, the Hector garnered over 28,000 bookings within 6 weeks, forcing the carmaker to temporarily close bookings and ramp up production at its Halol manufacturing plant as part of its commitment to customer satisfaction. MG Hector’s waiting period currently extends to nearly 3-4 months depending upon the variant, transmission and colour choice.